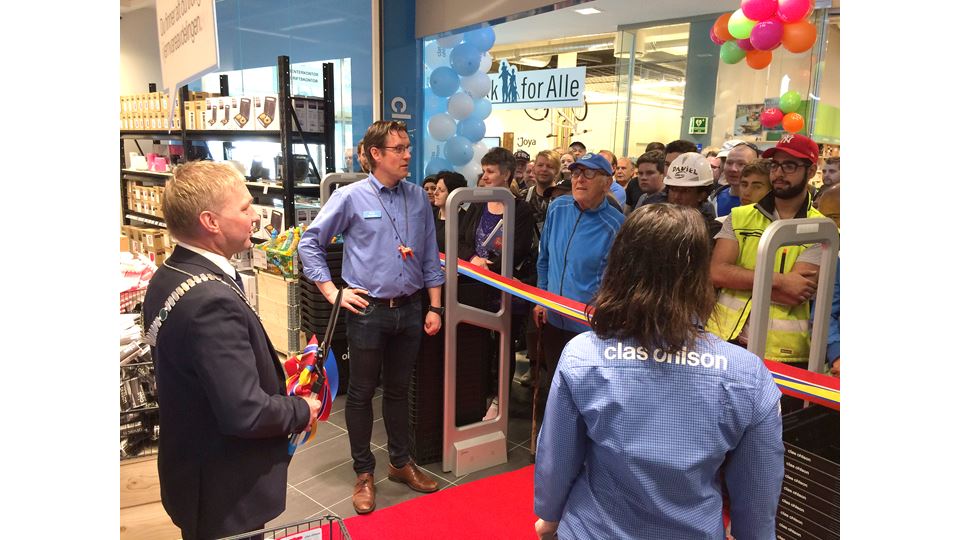 – Sandnes Maxi shopping is situated in the city centre which gives us the perfect location. We have a great team in place and I am looking forward to see this store become a part of the local community and succeed. We are very pleased to be able to increase availability to our customers in Sandnes, says Geir Hoff, Country Manager Norway at Clas Ohlson.

In financial year 2016/17, Clas Ohlson plans to establish 10-15 new stores. The number of future stores contracted amounts to 10. Clas Ohlson has e-commerce in four out of six markets, and a total of 207 stores, of which 85 in Sweden, 73 in Norway, 34 in Finland, 13 in the UK, one in Germany and one franchise store in Dubai.

Sweden
Varberg, scheduled to open in spring of 2017

Invitation to Clas Ohlson’s year-end presentation on 8 June On 8 June 2016 at 07:00 CET Clas Ohlson will publish its year-end report 2015/16. A presentation of the report will be held the same day at 08:30 at the store on Drottninggatan in Stockholm.
Clas Ohlson launches Cocraft Pro Edition – tools for home improvers with high demands Clas Ohlson’s brand new range of tools, Cocraft Pro Edition, is now available at www.clasohlson.com and within the next couple of days, the products will reach the store network. The new range consists of tools for the home improver with higher demands on quality and functionality, and is developed for more difficult tasks.
H.M. Queen Silvia visited the new Clas Ohlson store in Hamburg After an opening day where the lines outside the store on Jungfernstieg were winding down the street, the festivities continued today when H.M. Queen Silvia visited the store and met the staff.