The start of the store expansion 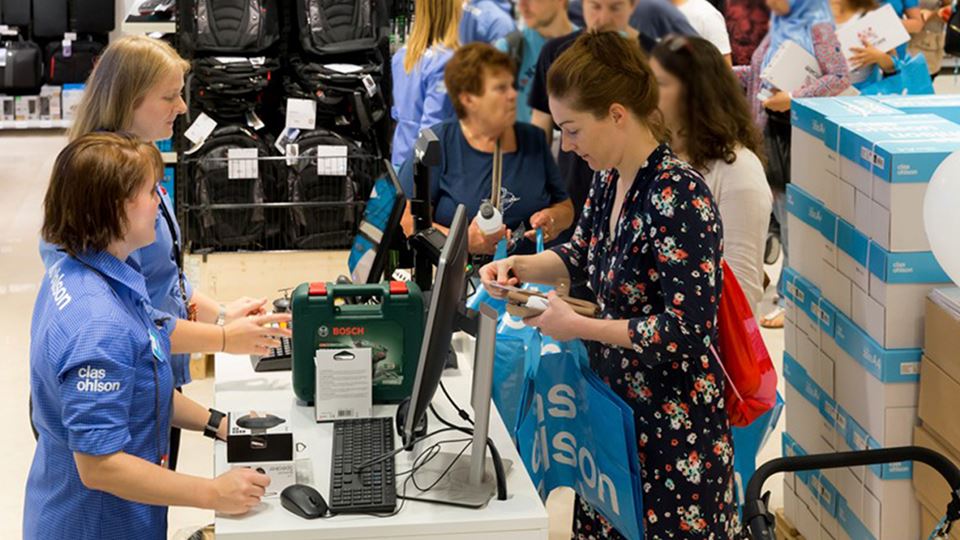 Today, there are around 230 Clas Ohlson stores. Which is remarkable when you consider that 30 years ago there was only one. That store was in Insjön and had opened in 1926. It wasn’t until 1989 that the company took the strategic decision to begin opening its own stores. The first was in the Galleria shopping mall in Stockholm. Since then, about eight new stores have opened each year.

As of 2018, Clas Ohlson is in five countries: Sweden, Norway, Finland, Germany and the United Kingdom. Until the end of 2016 the company also had two franchise-stores in Dubai.

The discussion to run its own stores was an important one for Clas Ohlson. Former CEO Håkan Thylén, who had experience from IKEA, felt strongly that the company should branch out from mail order into retail stores. By the late 1980s, the discussions had turned into how, when and where the stores should be located. Björn Haid, from the owning family and deputy CEO at the time (together with Bo Tidstrand), later explained that a key issue was which location that would be more strategic for the new stores: in the city centres or out in the suburbs. Several surveys were conducted, some of them more visually focused than others. A survey team simply stood in the parking lot at the Insjön store and noticed that most customers didn’t require more than a plastic bag to carry their purchase. City centre stores would, in other words, work just fine. Another driver for centrally located stores was the desire to keep Insjön as a destination for travellers and the hub for Clas Ohlson in Sweden. If the company instead put a large store outside central Stockholm, the customers that normally made a pilgrimage to Insjön would start going to the capital instead.

So, what the company now needed was a central location in the middle of Stockholm.

“An internal memo refers to the new store as a “mail order store” where customers could “purchase directly as well as place an order either for home delivery or for later pick-up in the store.”

The fact that the first store ended up in such a central location, not far from the Royal Castle, was pure luck. The shopping mall’s realtor, charged with finding a new tenant for a store in the mall, happened to like Clas Ohlson and sought out the company and asked if they wanted the vacant space? The company struck a deal immediately. Looking back, 328-square-metres was on the small side. An internal memo refers to the new store as a “mail order store,” where customers could “purchase directly as well as place an order either for home delivery or for later pick-up in the store.”

Customer response to the new store was overwhelming. The store expanded four times in the first 10 years. Following the last expansion, in 1999, the store covered some 1,700 square metres. In 2016, the store moved to a completely new location in Gallerian.

The next store that opened was in Norway. The Insjön store had always welcomed busloads of Norwegian customers and Norway also had many mail-order customers. In 1985 a Norwegian subsidiary had been founded to handle sales in the country. The Oslo store is 1,500 square metres and opened in 1991. That year the catalogue was translated into Norwegian for the first time.

Meet Patrick Finch The importance of understanding the customer cannot be overstated. There is an enormous amount of information and data available today, and the possibilities are great for those who know how to take advantage of them.
A burning interest in light From building your own lamp to becoming lighting experts. Lamps and the glow of proper lighting have been big business for Clas Ohlson for over 100 years.
Challenge yourself, ask those important questions "If you don’t fit a mould and want that level of responsibility then Clas Ohlson will always support you." - Bal Sadera