Congratulations, Stine Trygg-Hauger – one of Norway’s most outstanding young leaders! 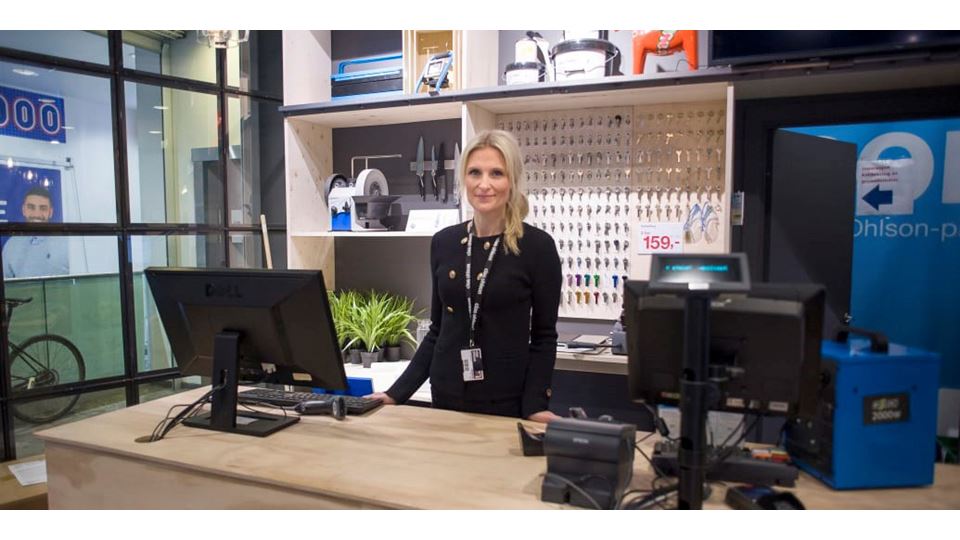 For the tenth year, Assessit (one of Scandinavia’s leading consulting companies within HR) has arranged the “Young Leader of the Year” award, and this year, Clas Ohlson Norway had three candidates in the top 100. In the awards ceremony Tuesday, Stine Trygg-Hauger, 36, Country Manager Clas Ohlson Norway, was awarded a second place in the 2018 “Young Leader of the Year”.

“I am so proud of the fact that Clas Ohlson had three nominees this year. In addition to myself, Amanda Berglind and Asad Durrani, two super competent store managers, were also in the top 100 list of young leaders,” says Stine Trygg-Hauger.

Stine grew up within retail, with her aunt as well as her uncle leading stores and later on also store chains – and at 15 she began working in a perfumery. Almost ten years ago, Stine joined Clas Ohlson as a market coordinator. Within short, she took on the role as marketing manager. In the autumn of 2017, five months pregnant with her second child, she was offered the position as country manager Norway.

“Then I really had to plan and prioritise without any compromises the last four months before I went on parental leave. I quickly learned that I had to prioritise thoroughly but efficiently in order to stay focused during our most intense period,” Stine explains.

“It was also essential to be able to find a balance between being available and at the same time trust the leadership around me to a 100% in order to reach our goals,” says Stine.

Right before Christmas last year, Stine returned from maternity her leave. She then came back to a business going through major changes and a new strategy that Clas Ohlson was in the midst of implementing.

“To me it is very important to really believe in what I am doing.  I heartily believe that we can simplify everyday life in all Norwegian homes,” she says.

A sense for business opportunities

As a leader, Stine is well-known for keeping a high pace, have a lot of energy and a unique ability to see new possibilities that contribute to an outstanding customer service.

The jury for the “Young Leader of the Year” award judges the nominees on performance, personality tests and what they have accomplished in their organisations as well as in different simulated cases and tests. The jury’s statement about Stine is:

”Stine has a major task and a large area of responsibility, but still succeeds in having a very good relationship with and be a great support for her co-workers. Stine has proved that she is highly skilled in setting clear goals and setting out a clear direction, and she also possesses a strong ability to carry out different tasks and at the same time focus both on human and business aspects. A worthy winner of second place in ‘Young Leader of the Year’ 2018!”

An eventful year of celebration Clas Ohlson turned 100 years old in 2018, and this has been celebrated during the year. Thank you to all who have shared the joy with us! Now we are looking forward to at least 100 years more.
Clas Ohlson wins international award At the Sedex annual conference in London, Clas Ohlson was acknowledged for the work we do together with QuizRR in training our Chinese suppliers in employee rights, health and safety.