A burning interest in light 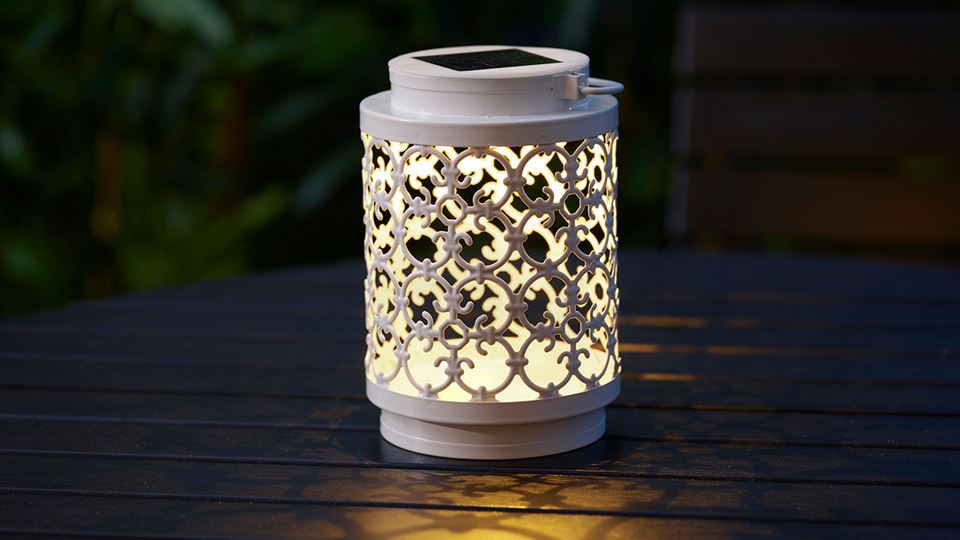 From building your own lamp to becoming lighting experts. Lamps and the glow of proper lighting have been big business for Clas Ohlson for over 100 years.

It was in the early 2000s that solar-powered outdoor lighting became hot on the market. All of a sudden house owners could place decorated and supporting lighting fixtures without digging up the whole front yard. A battery inside the lamps was charged by sunlight in daytime, so it could provide power in the dark hours.

But using sun-powered solutions has a long history in the Clas Ohlson product range. Customers have since the mid-1970s been able to order calculators, sun-powered boats, panels, Bluetooth-headsets and even radios and clocks that have been powered by solar panels.

To say that lighting has been important to Clas Ohlson as a business is almost an understatement. Lamps and lighting fixtures of all sorts have been big sellers since the company started. In the early days, large volumes were bought abroad and then sold a low prices in Sweden. And even before that, Clas Ohlson helped the technically inclined with instructions on how to build your own lamps. If you knew how to build a dynamo, you could give light to both bicycles and cars.

The classic light bulb has had the largest impact. Edison’s invention from 1878 quickly became the largest source of lighting when Sweden was electrified. However, the traditional light bulb began to be phased out in 2009 and in 2012 it was completely forbidden. A new directive from the European Union mandated this, based on the findings that only 5 percent of all energy in a light bulb actually became light. The remaining 95 percent turned into heat. Today’s low-energy lamps, which replaced the traditional bulb, consume much less electricity and also last longer, making them more environmentally friendly.

The new directive pushed Clas Ohlson from simply being a seller of lighting products to become experts in light. Sales in this category used to be self-serve, but today it builds on skilled sales staff. The company quickly realized that it took educated staff and top-of-the-line products to be market leaders.

Customers have since the mid-1970s been able to order calculators, sun-powered boats, panels, Bluetooth-headsets and even radios and clocks that have been powered by solar panels.

The purchasing department’s use of tigorous tests and tough requirements has made lamps from Clas Ohlson to some of the best in the market. In 2017, for instance, the led-lamps that Clas Ohlson sold, were named “best-in-test” by Swedish Television’s SVT Plus-program.

The expert role continues to be important for Clas Ohlson. If solar-powered lamps can be charged also on a cloudy day remains to be seen though.

What are the benefits of diversity? If the composition of our staff reflects that of our customers, the customers will more easily be able to identify themselves with some of our co-workers.
Paulina invented a smart one Paulina Kolm is a resourceful electricity consultant based in Stockholm. Ten years ago, she figured out how to mount a lamp on a concrete wall without drilling a hole. The concept of a “no-drill hook” for concrete walls marinated with her for a while, until she took time off from her day job to study at the invention academy Idéum in Lidköping.
Recycling: Valuable in many ways Corrugated fibreboard and plastic are materials that can be both used for energy recovery and material recycling. Here are great opportunities for value creation.